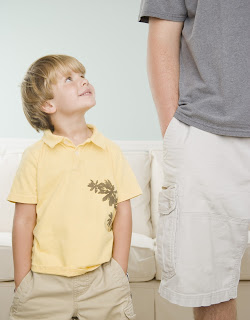 All boys at some point in their life try to be just like their dad. They comb their hair like dad. They put on a tie like dad. The talk like him, walk like him, emulate him in what he does.  Then at some point they do just the opposite, they distance themselves trying to be their own man.  However, most grown men will tell you that even after that they still have a lot of their father in them, for better or for worse.

In John 8:44 Jesus condemns a group of people for acting like their Father;
You belong to your father, the devil, and you want to carry out your father's desire. He was a murderer from the beginning, not holding to the truth, for there is no truth in him. When he lies, he speaks his native language, for he is a liar and the father of lies.
Here Jesus is warning these men that in rejecting the truth about him and creating lies about him, they are showing who their true father is. Not the God of Heaven but Satan himself.

I know I have many good traits I picked up from my dad. I hope my son is able to say the same thing. I also know I have things about myself I hope my son doesn’t emulate.  I want to be the kind of father that when my kids do the right thing people say they are like their dad.

So then what do my actions today say about who my Father is? Not my earthly father but my spiritual father. Do my words and life reflect the Holy Father or to they hold more to the father of lies?
Posted by Barry Haynes No comments:
Email ThisBlogThis!Share to TwitterShare to FacebookShare to Pinterest
Labels: Example, Fathers, God, Life

Adding A Little Magic to You Ministry: What Baptism Can Do For You

Magic has always been an interest and hobby of mine. So for the last few years I have been working at ways to incorporate my hobby into my work.  I making a series of video that might be of use to someone that is looking for a way to add a little "magic" to their lessons. These might be of use to a Bible class teacher as an illustration or visual. Now I don't give away the trick in the video but I will help you out if you are wanting to do it on your own. 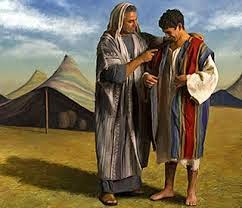 Why do we hurt the ones we love?  Maybe we just don't realize what we are doing.  I think you can see that in the story of Joseph.  Jacob had several sons but his favorite was Joseph (Genesis 37:3).  He spoiled the boy with unique gifts.  Joseph got preferential treatment.  Even as the younger child he had status over his older brothers.  When God revealed the boy would rise to the top of the family, Jacob beamed.

But his brothers brooded.

I don’t believe Joseph was a bad person in all this but let’s be honest, I’m sure he didn’t help the situation.  I think Joseph was for the most part clueless about his brother’s feelings.  That’s why he so quick to give a bad report, so eager to relay his dreams of being bowed down too; he didn't even realize how it might feel to those that didn't have his privilege.  That is probably why his brother switched where they were pasturing, just so that could ditch their annoying brother!  I wonder if the first time it even occurred to him how much his brothers hated him was when he stared up at them from the pit.  He had been lifted up too high all those years to notice.

I don’t blame Joseph for this however.  He is just a kid. That’s how he was raised.  The blame falls at the foot of his father for not loving him enough.  We might be tempted to say he loved him to much but that’s not the truth.  True love doesn’t raise a child unprepared for how people feel and react.  True love doesn’t put a child on a pedestal that will result in an inevitable crash.  True love doesn’t foster a situation that will cause others to loath him because he makes them feel inferior.

I might blame Jacob, but can’t say I don’t understand why he made this mistake.  Every parent has a blind spot in regard to their kids.  We want them to have everything, to never have to suffer, to feel like they are the best and brightest, to solve all their problems and make the world perfect for them. That however might just be the worst thing for them.

Joseph would end up getting knocked down a lot in his life after he is sold away.  Maybe his heavenly father was teaching some lesson his earthy father had missed.  The world is full of sinful people that will lie, scheme and cheat you even when you do nothing wrong.  Life is tough. It is hard. It is unfair. And it is totally unimpressed with who you think you are.

If we cheat our children out of the tough lesson early on, we just make harder for them to deal with it the future.  Too many young people today have been so pampered growing up they are not prepared for real life. When they find themselves in the pit that life will eventually throw them into, they may never pull themselves out. They quit since they never learned to overcome bad times, since they never seen them.  That quit can keep them from success, from happiness and maybe even from heaven.

As hard as it is to watch them hurt now, it’s harder to lose them forever.


Discipline your son while there is hope, And do not desire his death.
Posted by Barry Haynes No comments:
Email ThisBlogThis!Share to TwitterShare to FacebookShare to Pinterest
Labels: Children, Discipline, humility, Parenting 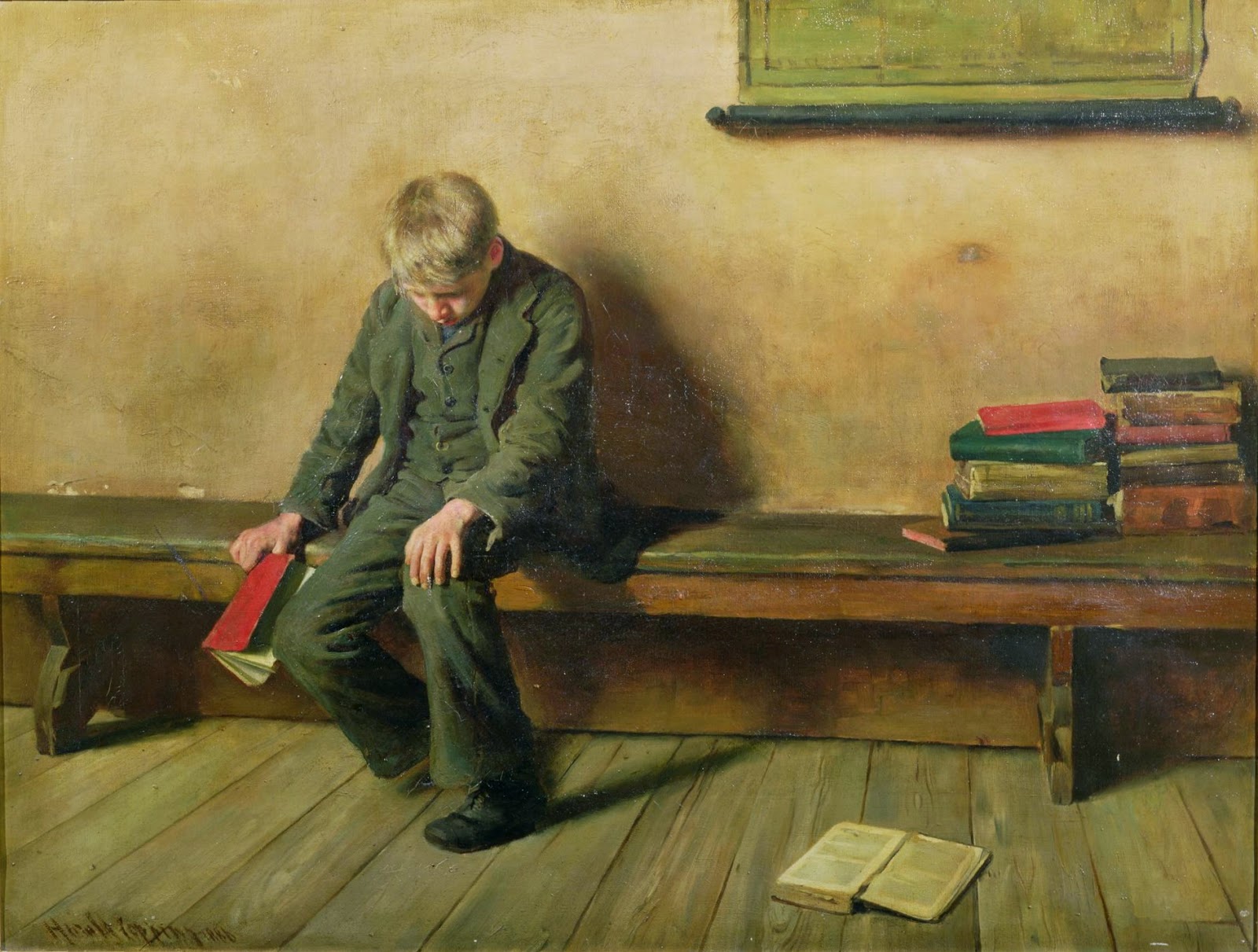 You may recognize these mnemonic devices from your school days[i], the little memory trick you employed to keep those random facts in your head.  The repetition does something to your brain, making those easily quickly forgotten facts somehow stick.

It however can seem a little childish. I know as a preacher, I blush a little when I still sing my books of the Bible when looking up a passage. While the simple technique may be effective, we might dismiss it as somewhat immature.

When you can’t attack the message you attack the messenger.  Is this kids’ stuff?  What kind of expert can he be with such a simple message?  His silly little rhymes, his hokey rules, his simple speech, this something for children not well learned adults!  That simple method, those basic truths, will be however exactly what will condemn the people.  Since they refused to listen to that simple message they will be destroyed not for their ignorance but for their arrogance.

People are not that different today.  The truths in the Bible are not that hard to understand, people make them much more complicated than they need to be.  Maybe we like it complicated, it gives us more room to try and wiggle out of a clear command.  Knowing what God wants you to do isn’t hard, it is the doing it that is difficult.

Paul writes in 2 Corinthians 11:3, But I am afraid that, as the serpent deceived Eve by his craftiness, your minds will be led astray from the simplicity and purity of devotion to Christ”. Don’t be deceived by those that change the commands of God from its clear simple message. It says what it means and means what it says.
Don’t overthink it. Just do what it says.

[i] If not you may be wondering about my sanity
Posted by Barry Haynes No comments:
Email ThisBlogThis!Share to TwitterShare to FacebookShare to Pinterest
Labels: Arrogance, Attitude, Education, Ignorance, Submission
Newer Posts Older Posts Home
Subscribe to: Posts (Atom)
Follow @13arry