If It Wasn't For Me You Wouldn't Have This Post 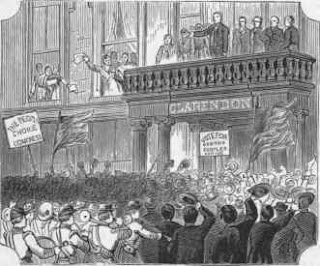 If you’re like me you are cringing with election coming this year if for no other reason the airwaves will be cluttered with political ads. It always causes me a giggle to hear candidates make bold claims about their actions. If you took their ads at face value, they are personally reasonable for our education system, economy, and many other aspects of our lives. Never mind the teacher, or worker that actually does the day to day work!  One candidate claimed he was “getting the weapons our troops need to fight the war on terror.” As if he had designed them himself, making them in his backyard and piloting them over on his own boat!
Candidates often feel the need to exaggerate their importance to justify their existence.  You see the exact opposite about the workers of the Gospel. In 1 Corinthians 3:5-8 we read, “ What then is Apollos? And what is Paul? Servants through whom you believed, even as the Lord gave opportunity to each one. I planted, Apollos watered, but God was causing the growth. So then neither the one who plants nor the one who waters is anything, but God who causes the growth. Now he who plants and he who waters are one; but each will receive his own reward according to his own labor.
In working in the kingdom, it doesn’t matter what part you play in the process, the real credit always goes to God. God’s worker seeks only to receive praise from him not from other men.
Posted by Barry Haynes No comments:
Email ThisBlogThis!Share to TwitterShare to FacebookShare to Pinterest
Labels: Good Works, Praise

Too Smart To Get Caught 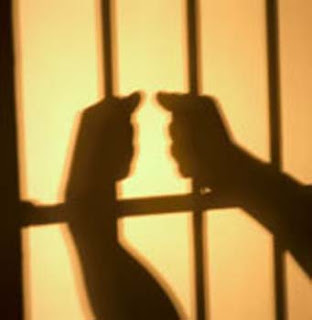 In August 2006, eighteen year old Abdullah Date sent a taunting letter to Brooklyn police station containing a suspicious white substance that was though to be anthrax. In his obscenity filled letter he dared the police to “catch him if they can.”  And the police did. It wasn’t hard since he had signed the letter and put his home address on the envelope. Not too smart.
But are we any smarter when we sin and think that God does know it?  Jesus said in Luke 8:17, “For nothing is hidden that will not become evident, nor anything secret that will not be known and come to light.” Sin no matter how hidden it is from others is not hidden from God. Repentance is the only way to deal with sin. No matter how much we cover it up or try to hide it, our sin will “find us out.” Don’t fool your self into thinking you won’t get caught.
Posted by Barry Haynes No comments:
Email ThisBlogThis!Share to TwitterShare to FacebookShare to Pinterest
Labels: God, Sin 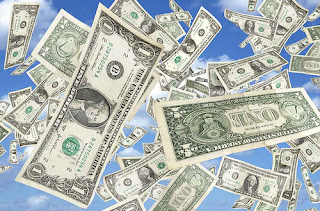 The Oklahoma lottery celebrated its one year anniversary with the announcement that the revenue that the proponents had promised it would generate fell well short of expectations. It's not surprising. The lottery usually fails to deliver what it promises.
Take Mack and Virginia Metcalf. These two blue collar workers saw their winning Powerball lottery ticket back in 2000 as the greatest thing that could happen to them. They took the instant payout and started their new life with a divorce. Still each walked away with over 13 million dollars. But Mack found himself in court quickly again owing $31,000 in back child support and was forced to use $800,000 to set up a trust fund for his child's future. He didn’t stay out of court too long because of a series of drunk driving arrest. In 2003, Mack Metcalf died of complication resulting form his drinking.
His wife Virginia started her new life with a new husband, and a brand new house. But in 2004, that house became a crime scene when man was found dead inside of a drug overdose. A year later the police were back, this time to take away Virginia herself. She had died alone several days earlier of a suspected drug overdose.
1st Timothy 6:9-11 says “But those who want to get rich fall into temptation and a snare and many foolish and harmful desires which plunge men into ruin and destruction. For the love of money is a root of all sorts of evil, and some by longing for it have wandered away from the faith and pierced themselves with many griefs. But flee from these things, you man of God, and pursue righteousness, godliness, faith, love, perseverance and gentleness.”  Satan tells many lies. One is that easy money will bring happiness.
Posted by Barry Haynes No comments:
Email ThisBlogThis!Share to TwitterShare to FacebookShare to Pinterest
Labels: Gambling, Lottery, Money, Wisdom

Easy Doesn't Always Do It

We like things to be easy. We have over the last 100 years created all kinds of technology to make life easier, quicker, simpler and more convenient. But even with all these advances we still will be faced with some things that are just hard.
In the sixth chapter of John, Jesus began to spell out to the multitudes some of the truths of who he is and what will be expected of his followers. Their response was "This is a difficult statement; who can listen to it?" Because of these “hard” teachings many disciples turned away from Jesus. Jesus would then ask of the 12 if they would go too. Peter gives the perfect response when He replies, “Lord, to whom shall we go? You have words of eternal life.”
In teaching others the gospel, sometimes we may want to shy away from things that will be hard for them.  We may “sugar coat” the truth to make it more palatable. But Jesus never wanted his people to follow him in ignorance. (See Luke 14:25-33) The real question we should ask when faced with a hard work, a hard choice or a hard road is not, “Is it hard?” but “Is it worth it?” Peter response for listening to Jesus still holds the answer for us today!
Posted by Barry Haynes No comments:
Email ThisBlogThis!Share to TwitterShare to FacebookShare to Pinterest
Labels: Evangelism, Honesty, Service

George Crum was a chef at the Moon Lake Lodge in Saratoga Springs, New York in 1853. On evening, he became upset when a customer kept sending back his fried potatoes because they were too thick. Finally fed up with the patron, he decided to get revenge by slicing the potatoes so thin they could not be eaten with a fork and humble the proper man into using his hands like a commoner. But rather than revile the new dish, the man raved and soon these Saratoga Chips were all the rage. Now these concoctions we call potato chips are a billion dollar industry. His attempt at revenge, as so often happens, did not turn out as he suspected.
We all at times want to get back at those that wrong us, but the Bible teaches the revenge business is not our job (Romans 12:19-21) Very rarely does revenge get what we really want. We should  live to the expectations of God and let him sort those that do not.
Posted by Barry Haynes No comments:
Email ThisBlogThis!Share to TwitterShare to FacebookShare to Pinterest
Labels: Revenge

It attracted a record number of police officials, but few stayed to worship

Jonifer Jackson was arrested in Clarksville, Tenn. and charged with reckless endangerment for firing a 9mm pistol while street-preaching. The excuse he gave to police was the only way he could get people to listen to him.
Now anyone that has every tried to spread the gospel have dealt with the frustration of being ignored, but few have resorted to gunfire. It does amaze me however how often we allow rejection to be an excuse to discontinue the effort. Whether or not someone listens to the word does not take away the obligation to teach the word. Paul told Timothy to “preach the word in season or out of season.” Rejection doesn’t mean failure for the teacher. In 1st Thessalonians 4:8, this is said of those rejecting Christian principles: “he who rejects is not rejecting man but the God who gives His Holy Spirit to you.” When we try to teach others, we only fail if we give up.
Posted by Barry Haynes No comments:
Email ThisBlogThis!Share to TwitterShare to FacebookShare to Pinterest
Labels: Evangelism

The Back of The Battle

During the Civil war a Union Soldier  was shot in the arm. His captain saw he was wounded and barked out an order, “Gimme your gun, private and get to the rear!” The private handed over his rifle and ran north seeking safety. But after a few hundred yards he came upon another skirmish. So he ran east and found himself in another part of the battle. Then he ran west, but encountered more fight there. Finally, he ran back to the front lines shouting to the Captain, “Gimmie back my rifle. There ain’t no rear to this battle nowhere!

The battle Christians face is a similar one to that which the private was in. As Paul wrote in 2 Corinthians 4:8-11, “We are hard pressed on every side, yet not crushed; we are perplexed, but not in despair; persecuted, but not forsaken; struck down, but not destroyed always carrying about in the body the dying of the Lord Jesus, that the life of Jesus also may be manifested in our body.  For we who live are always delivered to death for Jesus' sake, that the life of Jesus also may be manifested in our mortal flesh.
The hope we have in our battles with Satan is as long we keep fighting the battle is won! Victory has been achieved by Jesus, and continues when we show him in our lives.
Posted by Barry Haynes No comments:
Email ThisBlogThis!Share to TwitterShare to FacebookShare to Pinterest
Labels: Service, Warfare

What Gossip Says About You 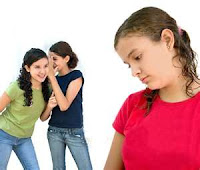 Many people think gossip is a harmless diversion. However, a study on gossip found out that it indeed hurts someone, one you might not expect. Researcher set up a test where subject watched a video were actor talked about a third party. In the videos, the actor would either say something very negative or positive about the other person. After the video, the subjects were asked to rate the personality of the speaker. Even though it was obvious that actor was talking about someone else, the participants consistently attributed the negative traits to the speaker. As Jean Paul Richter said, “A man never discloses his own character so clearly as when he describes another's”. Gossip is seems does as much harm to the gossiper as it does to those being gossiped about. Proverbs 25:9-10 warns us “do not reveal the secret of another, or he who hears it will reproach you, And the evil report about you will not pass away.”
Posted by Barry Haynes No comments:
Email ThisBlogThis!Share to TwitterShare to FacebookShare to Pinterest
Labels: Gossip, Wisdom
Newer Posts Older Posts Home
Subscribe to: Posts (Atom)
Follow @13arry