When We All Work Together

In 1837 times were tight. Markets had collapsed. Banks were closing by the hundreds. People wondered if the economy would ever right itself again. It didn’t seem like a good time to create a new business.

But that is exactly what Alexander Norris wanted for his son’s in law to do. His two daughters had both married businessmen. One was a candlemaker. The other made soap. Both businesses depended on animal fat to make their products. Norris understood that these men could little afford to compete against one another for same materials in a depressed economy. So he came up with a different idea, go into business together.  Instead of working against each other or even apart, work together. Reluctantly, they agreed.

It became a multibillion-dollar company. That business became a worldwide powerhouse with more than 250 brand name products found in most everyone’s homes today, from Pepto-Bismol to Pampers. The new company took its name from the last names of brothers in law’s that decided to work together. Procter & Gamble

“Behold, how good and how pleasant it is For brothers to dwell together in unity!”
Psalms 133:1

It has always amazed me how in difficult times people tend to isolate themselves.  Yet it is in times of struggle and difficultly that brothers need to draw closer together.  Our world today is in tight spot morally and religiously. Rather than divide further, the brotherhood needs to come together. Uniting together for the common cause of Christ could be just the thing the world needs today.

“with all humility and gentleness, with patience, showing tolerance for one another in love, being diligent to preserve the unity of the Spirit in the bond of peace.”
Ephesians 4:2-3

This isn’t the time to compete with one another, attempting to one up brothers or put them in their place.  It isn’t the time to go it alone, an isolated and easy target for the devil, that have no encouragement or aid. We need to work together. Unity is always easy but it always worth it.
Posted by Barry Haynes No comments:
Email ThisBlogThis!Share to TwitterShare to FacebookShare to Pinterest
Labels: brotherhood, unity 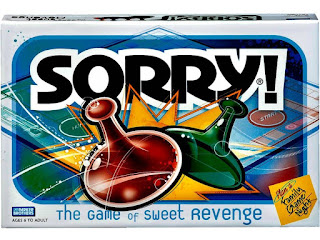 Don't be sorry, be better on this quiz

That’s Not What He Wanted


Tom Osbourne, the legendary coach of the Nebraska Cornhuskers, was a great recruiter but the one recruit he regrets not getting was Marshall Faulk.  While several big-name programs were after him, Nebraska seemed to have the inside edge. Osbourne had charmed all the people in Faulk’s life, his mother, his teacher, his coaches, even Faulk himself. However, they made one crucial error. They were recruiting him as a defensive back. Marshall wanted to run the ball. So when the less notable program of San Diego State said they’d let him carry the ball, he signed with them.  In his second game as a freshman, he set the record for yards in a single game. He would run all the way to the NFL and the Hall of Fame. 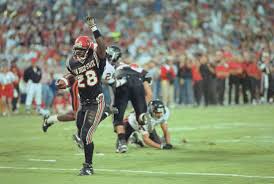 What could he have done at Nebraska, a team known for its great running game? We’ll never know because they never bother to ask Marshal Faulk if he wanted to be a running back.

David did something similar. He wanted to build a nice cedar house for the ark of God. The prophet Nathan thought it was a great idea, God would love it. Yet no one bothered to ask God.

"Wherever I have gone with all the sons of Israel, did I speak a word with one of the tribes of Israel, which I commanded to shepherd My people Israel, saying, 'Why have you not built Me a house of cedar?”'
2nd Samuel 7:7

Many people today do the same thing in their approach to the worship of God. We think we know what God is and what he wants, without ever bothering to see if that is what he said to do.  We might have everyone on board with us, but does it really matter if God isn’t?

Before we think we are pleasing God in our efforts, we need to make sure we know what he wants. We may miss out on great things because we simply never bothered to see if what we were offering him was what he wanted in the first place!
Posted by Barry Haynes No comments:
Email ThisBlogThis!Share to TwitterShare to FacebookShare to Pinterest
Labels: Arrogance, Authority, Worship 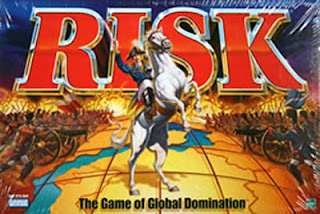 Take a chance on this quiz

It was written by a native Ohioan song-and-dance man named Dan D. Emmett while setting in his New York hotel room.  It was first performed on April 4th, 1859 in New York Mechanic’s Hall. It was one of Abraham Lincoln’s favorite tunes. He even asked for it to be played as he left the White House stage his after his announced Lee had surrendered to Grant.  What was the famous tune? Dixie.

It’s ironic that the tune that became the anthem of the states below the Mason Dixon line was born from a staunch Union sympathizer. He late remarked, “If I’d know to what use they were going to put my song, I’d never written it”!

It funny how things can be attached to causes, ideologies or movement even when they don’t necessarily belong there.  Words become toxic even when their true meaning is benign.  People that should be disdained are made to be heroes because of a side they stand on.  Principles once exhorted are manipulated into vices to be condemned.

We see that today in matters of faith.  Words like grace, love, and baptism are twisted till they are forced to say something they don’t really mean.  Religion has become a negative word to many.  Church is viewed more as a political organization that a spiritual one. Words of eternal Truth are made to be suggestions of limited time.

Therefore do not let what is for you a good thing be spoken of as evil
Romans 14:16
The world may at times appropriate our good things for its own selfish purposes. We, however, don’t have to bow to the action. You don’t half to color in the lines the world draws. Let God hold our standards and follow as he has set forth. Don’t be ashamed of the Lord or the things for which he stands. 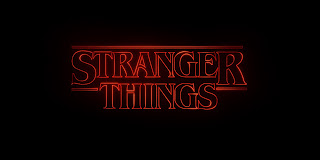