What Will This Child Be?

There is nothing quite like standing over the crib of a newborn baby. All the hope and potential lying there wrapped in a blanket. I’ve been here long enough to have gotten to visit several of our young people on their first days and as I look at them now I see how great they have fulfilled that promise.  Yet that isn’t always the case

I often think about people that guilty of great atrocities, what their parents hoped for on the first day they held them? Surely they didn’t foresee what their bundle of joy would become.  How sad to think that child could grow up to do so much damage to the world.

When those shepherds came upon the child whose crib was a manger so long ago, they had a completely different perceptive. You see they had been told from an utmost reliable source that this kid wasn’t going to harm the world but save it.

But the angel said to them, "Do not be afraid; for behold, I bring you good news of great joy which will be for all the people;  for today in the city of David there has been born for you a Savior, who is Christ the Lord. "This will be a sign for you: you will find a baby wrapped in cloths and lying in a manger."

I can’t imagine what was going through their minds as they look down on that precious child. How could one so small, so innocent, so ordinary, do so much? Yet after what they had seen in heard in their field, they knew it must be so.

God’s power is shown in a great many things. The spectacular displays in nature, the vast reaches of the cosmos, the intricate complexity of life. Yet the most amazing thing he ever did was to place a child in the little village of Bethlehem with the promise to save the world.


There are two enemies that all men face.

One follows him for his entire lifetime, the endless pursuer for all to see. The other looms ahead, in the shadows of the unknown, waiting to attack. The first can never be outrun, the second can never be caught.

The past and the present. 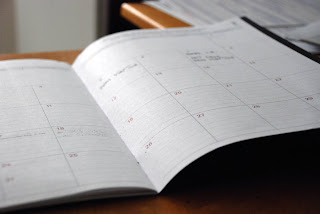 For many their past looms over them. They can’t seem to escape the misdeeds of times gone by. Others are controlled by their fear of the future. What could go wrong, what horrors lurk ahead?

These enemies see too much to overcome.

Consider however the line Ralph Waldo Emerson once said, “ What lies behind us and what lies before us are small matters compared to what lies within us”.

Paul would have agreed. In Philippians 3:13-14, he wrote, “ Brethren, I do not regard myself as having laid hold of it yet; but one thing I do: forgetting what lies behind and reaching forward to what lies ahead,  I press on toward the goal for the prize of the upward call of God in Christ Jesus”.

Paul had a past. He didn’t let it define him. Paul's future was uncertain. He didn’t worry. As he said later “in any and every circumstance I have learned the secret of being filled and going hungry, both of having abundance and suffering need.  I can do all things through Him who strengthens me” (Philippians 4:12-13).

Where you have been and what happens next are small matter if Christ is in us. He can fix the past and knows the future. If we are in Him and He is in us, those enemies don’t stand much of a chance.